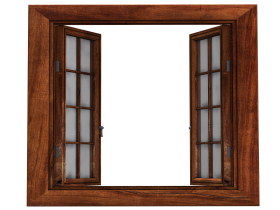 Are Wooden Windows Better Than Plastic Ones?

Despite its burgeoning popularity, home automation is not fully understood by all. It is a technology with so many unknowns. For instance, there are those consumers more than ready to get involved in home moderation except that they do not understand the terminology. They might ask something like, “Are home automation controllers and hubs the same thing?”

The answer depends on who you ask. Unfortunately, even industry players cannot agree on some terms. You will find manufacturers who design and sell remote control devices that operate their equipment. They call their devices ‘controllers’. On the other hand, there are manufacturers who insist on only applying the ‘controller’ term to smart home hubs.

The best way to understand the answer is to note that all smart home hubs are controllers. Yet not all controllers are hubs. If you can wrap your brain around that, the controller vs. hub issue is not so complicated.

If you were to ask the people behind the Vivint Smart Home brand about hubs vs. controllers, they might tell you that it’s a matter of semantics. The more important thing is remote control. That’s the whole point of home automation to begin with.

A smart thermostat can be adjusted from anywhere. Whether you use your smartphone or a home automation hub, you don’t have to be physically touching the device to change its settings. In that sense, both a smart home hub and a hand-held remote control would do the trick.

You can buy smart lighting that comes with its own remote control. The controller allows you to turn lights on and off without touching them physically. It also allows you to engage lighting scenes previously entered into the system. In either case, you are controlling your lights with a unit that is separate from your home automation hub. It only works with your lighting, meaning you cannot use it to control anything else in your home.

You could do the same thing with your smart home hob. The advantage of having the hand-held controller is being able to adjust lighting without having to go to where the hub is. The hub could be in the kitchen while you want to adjust a lighting scene in the home theater. With a hand-held remote, you do not have to walk to the kitchen.

Controlling Everything with the Hub

A big advantage of the smart home hub is that you can control everything from it. All your controls are in a single digital location. While this does not necessarily make using each of your devices easier, the central hub does tend to make for easier programming.

Imagine setting up your system to run a series of cascading events. One command will lock the front door, automatically adjust the thermostat, turn off all the lights, and arm the security system. All that programming is easier on a home automation hub than with individual smartphone apps.

Technically, smart home hubs and controllers are different. They are separate components with different functions. But in the end, using the words interchangeably doesn’t change much. We can tell from context what is being discussed, regardless of the chosen vocabulary terms. You can say it is a matter of semantics.

What Are The Benefits Of Using Online Casino Gaming Apps/Websites? 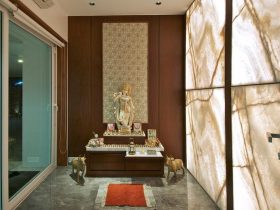 Locations Ideas for Pooja Space for your Home

What’s a Voltage Surge and How to Protect Your Home Appliances from it?

Are Wooden Windows Better Than Plastic Ones?

Make more room for what matters – Decluttering your home